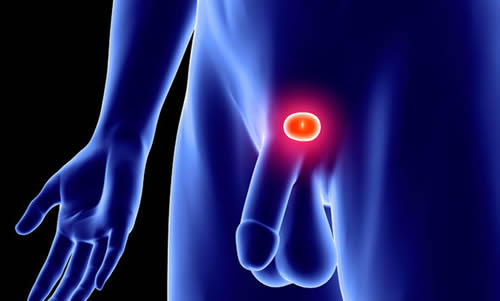 Men who have prostate cancer that has not spread outside the prostate gland can choose to have a number of treatments, including radical surgery and radical radiotherapy. Although good choices, these treatments can affect sexual function (impotence or poor erections), urine control (incontinence of urine leakage requiring pads) and can cause back passage problems (bleeding, diarrhoea or pain).

As such, a new concept for prostate cancer has been recently introduced – focal therapy. This involves treatment of only the part of the prostate gland containing ‘clinically significant’ (or ‘clinically important’) cancer. The treatment is carried out with high intensity focused ultrasound (high energy heating of the prostate cancer) or cryotherapy (deep freezing the prostate cancer cells to kill them). Focal therapy is a minimally invasive treatment (no incisions), involves a very short hospital stay (you will either go home the same day or stay in hospital for one night) and a very rapid recovery, which means that you can return to daily living quickly, as compared to radical surgery or radical radiotherapy.

Crucially, focal therapy is associated with a very low rate of side-effects, such that impotence risk is 1 in 20 (compared to 1 in 2 men who undergo radical surgery / radical radiotherapy) and incontinence risk with focal therapy is 1 in 100 only (compared to 1 in 10 with radical surgery / radical radiotherapy).

Many men choose focal therapy treatment for prostate cancer with excellent outcomes all round.

Patient case history 1: Scientist with prostate cancer undergoing new minimally invasive treatment, with no side effects of impotence or incontinence

Mr BJ had his life transformed after receiving a revolutionary treatment for prostate cancer, which does not require major surgery. He underwent Focal Therapy for prostate cancer, at the Spire Yale private hospital in Wrexham. Professor Shergill is one of only a few specialists in the UK and the only one in Wales offering the breakthrough Prostate Mapping and High Intensity Focused Ultrasound (HIFU) service. HIFU is a non-surgical procedure that uses high frequency ultrasound energy to heat and destroy tissue with cancer in the prostate gland, without affecting healthy surrounding tissue. After having the treatment, Mr BJ, has since been able to lead a perfectly normal life with just occasional checks to ensure the cancer has not returned. The HIFU was done under general anaesthetic and when he came round there was an obvious feeling that there didn’t seem to be any pain. He stayed in the hospital that night and remembers watching television to make himself tired. It really hadn’t been a very tiring day. Originally, Mr BJ had a routine blood test which showed he had a higher level of prostate specific antigen (PSA) than might be expected for someone his age. Further tests carried out by Professor Shergill confirmed BJ did have early localised prostate cancer. After doing some research BJ concluded all the common techniques for treatment bore risks of nerve damage, incontinence and reduced sex drive to some degree. It was then confirmed that Mr BJ was suitable for Prostate Mapping and HIFU treatment for his cancer. Crucially, he had no pain, there was no scarring from surgery and no other side-effects. Essentially, he had been able to lead a completely normal life. Importantly, BJ found himself feeling no different than he had done several months before the whole journey began.

Thanks so much once again for your expertise, kindness and care.

Thank you very much for your care and concern for me when I developed an infection back in June; also for your kindness in reassuring me before my operation.

To you and your team the kindest regards.

It is with sincere gratitude that I write of Mr. Shergill’s patience, attention, kindness and professionalism. He is a great credit to both his profession and the hospital. I extend my heartfelt thanks for all he has done for me.